You are here: Home > Ward Garner talks about the publication of his new book: How To Protect My Million
By Bill Few Admin on January 17, 2017 in In the News 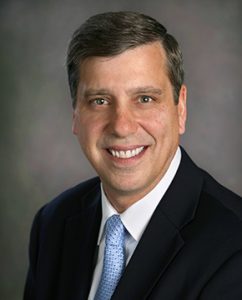 Ward Garner, author of
How to Protect My Million

Ward Garner is on a mission. With a passion for community service and a “do the right thing” attitude he has always felt compelled to protect people. Ward is not a member of law enforcement nor would he consider himself a superhero. His profession seems an unconventional choice for someone who lives by his Rotary organization’s creed “Service Above Self.” Yet, this Senior Vice President and Financial Consultant for Bill Few Associates believes he is in the best position to save people and ultimately change lives.

Garner’s new book, How to Protect My Million, is not written as a typical “how to” for the wealthy (as the title may suggest) nor is it just another practical financial planning guide. It is the first narrative that identifies and confronts a growing and menacing threat –the “swindlers” who can undermine the dreams and future of almost anyone.

“While a few people might have a nine-figure nest egg to protect, almost everyone has a dream that is worth a million dollars to them … a worry-free retirement, freedom to travel the world, an education fund that represents their child’s future well-being or a savings for a down payment on a family home. And, for any one person, wealthy or not, who has a dream, there are too many swindlers out there who are willing and ready to take it away,” says Garner.

According to the U.S. Attorney’s Office (Washington DC), millions of Americans fall victim to financial fraud every year and only 15 % of these crimes are actually reported to law enforcement. Garner’s book’s subtitle, Strategies to Identify and Avoid Swindlers, defines his central theme and offers a detailed account on how to spot the “Intentional Swindlers” — the more obvious financial frauds and schemers. But, even more alarming is that many of the book’s chapters are dedicated to the fact that most people’s dreams are undermined by those they would never suspect.

According to Garner, an “Unintentional Swindler” could be anyone – a neighbor, a colleague or golf buddy. And, he offers a harsh truth — sometimes the most dangerous swindler is “yourself or someone you love.” Ward’s real-world examples are compelling. “Sometimes you, your family, even your children, can threaten your finances and, therefore, your present and future quality of life,” He explains.

“The reason I wrote this book, and for that matter, why I gladly come to the office every day is to share my knowledge to help others. If I can prevent one person from losing the financial means to reach their life’s goals, then publishing my book was worth all the time and effort.”

Garner’s early background formed the foundation for his work ethic and sense of integrity. He was born and raised in St. Mary’s PA as the “son of a plumber” and graduated from St. Mary’s High School in 1980. A decorated U.S. Military veteran, Ward served a five-year tour with the U.S. Air Force and was awarded Air Force Achievement Medal. He earned his Bachelors’ Degree in Business Management and Economics in 1989 from The University of Pittsburgh at Bradford. While in college, Ward started a small business, a mobile disc jockey service which supplemented his income for more than a decade.

In the first chapter in his book, Garner explains events that led him briefly on a path to becoming a professional swindler himself, making him an even more credible source for the advice he offers to his clients and readers.

Underemployed after graduating college, Garner, on advice from a family member, moved to Pittsburgh to accept a job as a stockbroker at his cousin’s firm. He soon found out that the professional-sounding title was in fact a commissioned sales position. By March of 1990, after using his own savings to qualify and earn a broker license, he began to sell securities for the firm. Lured by the promise of high income, he soon found this “too good to be true” position came complete with a moral price to pay for success. Prohibited from selling to family and friends, the company’s owners assigned him to sell only “penny stocks.” He was pressured to push low-value stocks and sell them to unsuspecting people hoping for high returns. Consequently, at the young age of 28, Garner found himself at a moral crossroads and enduring many “sleepless nights” In the book he writes:

“I still feel sick to my stomach about my days as a penny stock broker. At that time, the experience was devastating.”

But this experience prompted Garner to confront “the blurred lines between right and wrong” and forced him to see the unethical situation for what it was. He said he was actually ”saved by a lack of a good night’s sleep. He left the firm and, after a brief period of underemployment, he secured an entry-level position with a boutique money management firm. It was there that he realized the difference between a stockbroker and a fiduciary. As a broker, he earned commission on what he sold. As a fiduciary, he could build a career objectively managing and protecting property or money for others.

Today, 25 years later, Garner still credits his first job as the driving force that catapulted him into his role as a trusted Fiduciary and registered Investment Advisor. He has spent more than two decades in a career he has molded to fit his talents and values. He writes:

“My work goes beyond dollars and cents. My goal in life was always to help people, not make a living at their expense.”

How to Protect My Million, by design, is a blunt wake up call for anyone — those who have inherited wealth or accumulated a nest egg and those who have unconsciously found reasons not to. Garner does far more than shed light on the obvious and hidden threats or “swindler’s who are lurking in the shadows waiting to steal dreams. His first-hand account offers a bright beacon of advice and antidotes based on a stellar career and a rich, “hard knocks” life experience.

At Bill Few Associates, we offer a wide range of financial planning services tailored just for you.

Questions?  Give us a call.  We are here to help.